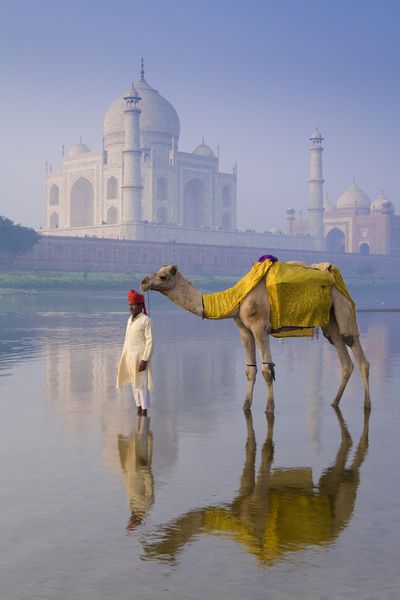 September 11th, 2021 Lucknow
Lucknow is the capital of Uttar Pradesh which is on the banks of gomti river. Lucknow is the main tourist destination of its Mughal rulers, Nababi civilization and delicious food such as Chhota Imambada , Bada Imambada , Residency , ...
May 03th, 2021 Top 1 Forts In Varanasi 2021 You Must Visit
. ...
November 03th, 2019 Mathura
It is known as Krishna Nagri, Mathura has many religious places like Krishna Janmabhoomi Temple, ...

Uttar Pradesh, popularly known as the Golden Bird, is an important tourist destination for Indian and foreign tourists, Uttar Pradesh has a diverse Himalayan mountains and the Indus-Ganga plains in the south. Where there is a scenic spot of all religions, the dari is different from where Banaras is the most important religious place here. The flow of both ganga and Yamuna rivers in Uttar Pradesh is the 'heartland of India', known as the 'heartland of India', a state with a rich cultural heritage, the wonderful monument is worth watching in this ancient city. Lucknow, the capital of Uttar Pradesh, is travelled by pilgrims from different parts of the world. The ancient tourist route along the rivers and the city and city with narrow lanes, inhabited by a rich culture, is one of the important classical dance forms. This is the fourth largest state in India spread over an area of 243,290 sq km.

Uttar Pradesh is a state where festivals of all religions are celebrated from time to time. Religious practices and festivals form an integral part of the state's society and culture. Many festivals are celebrated here on the basis of caste and religion. The most important festivals are Deepawali, Holi, Muharram, Chhath Puja, Ram Navami, Dussehra, Mahavir Jayanti, Krishna Janmashtami, Eid, Guru Nanak Jayanti, Mahashivratri, Barh Vafat, Christmas and Bakrid.

How to Reach Uttar Pradesh