Best 17 Places To Visit in Kerala: Here You can get information about tourist Places in kerala and what is famous in Kerala and all ablut Kerala Tourism travel guide..

Kerala is a beautiful state in the southern region of India. In Kerala, lakhs of tourists visit kerala every year, and tourists are fascinated by the high mountains, the high mountains, the high fields, the depths of the sea. The people here speak Malayalam. The people of Kerala attract tourists with their tasty cuisine. The famous food here is:- Idli, Sambhar, Dosa etc. And there is a large quantity of coconut yield, so people here prefer to eat food in coconut oil by cooking food on banana leaves. The people of Kerala have preserved their culture even today.

There is no shortage of tourist places in Kerala, if you are planning to visit Kerala, you should take at least 10 days to visit Kerala only then you will be able to know Kerala in a close and better way.

The museum was named after former Governor General Sir John Napier of Madras. The museum is located in the right centre of Thiruvananthapuram with a beautiful Indo-Saracenic structure. The museum is home to a magnificent variety displayed in South India. Although the special concept here, it has wood, bronze, kerala carvings and artifacts. The museum has a special collection of Hindu gods from Kerala and Tamil Nadu. See the performance of the Ramayana and mahabharata which have been prepared from Japanese leather.

Varkala is famous for its clean beach and beach. Tourists who want to enjoy the beach must go to this place. In the meantime, you get a good choice of paragliding and parasailing that you must enjoy. The Varkala, about 50 miles from Thiruvananthapuram, focuses on its high cliffs to tourists from all over the world. You can also enjoy a boat ride and Ayurvedic massage in the meantime and you will remember this experience throughout your life. In addition, you can also go to Mandiro and worship God. Like:- Janardhana Swami Temple, Vishnu Temple, Sivagiri Math etc. are some of the famous temples where you will go and find peace to your mind.

Wayanad, a very beautiful district in The State of Kerala, India, is shining a west-ghato-decorated Wayanad, where after a visit you feel stress relief and a healthy body being agile. It is also a famous tourist destination because of its geographical location.. Wayanad is one of the tourist destinations in India where you must go. Paddy cultivation is the highest here. People also call it 'Green Paradise' 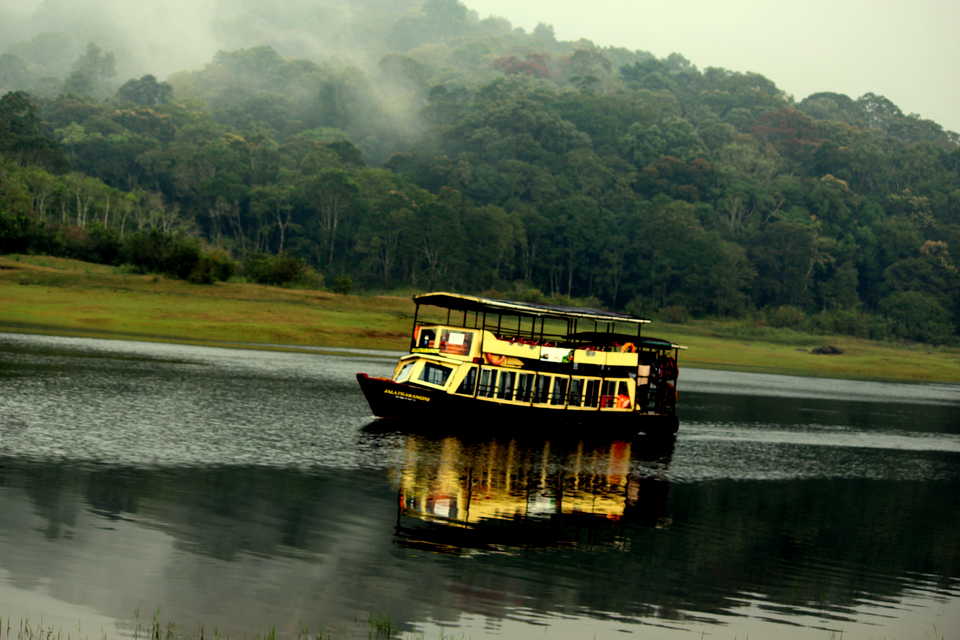 These places are very famous for Kovalam Beach, The Lighthouse Beach and Hawah Beach. People enjoy sun bath, swimming, cruising and the famous Ayurvedic body massage of Kerala. People come from afar to see the unique sight of Sun Sat.

In Kasaragod district of Kerala, Bekel ranks among the most beautiful places. The fort of the Bekal fort on the banks of the Arabian Sea makes it even more special. Several films from the south have been shot in this fort. It is the most protected fort in Kerala. The huge kihole-shaped fort would have been built on the beach, with four moons in its beauty, and the Anjai temple at the entrance is another attraction.

Kochi, the famous port of the state of Kerala, is located on the south-west coast. Kochi City is a 600 year old city. The city is called the Queen of the Arabian Sea, and the city is the commercial, financial and industrial capital of Kerala. Here you can see art galleries, upmarket stores and some mind-ing heritage accommodations.

At a distance of about 1100 metres from the sea, Wagman is a sunder tourist destination that draws tourists to its beauty. It is a forest that is man-made, if you are a forest lover, you must come here. The main tourist attraction here is the Marmla waterfall. Here too, you can do paragliding and not only that, "AASTA" conducts international paragliding every year here.

Trivandrum, the capital of Kerala, is also a very famous scenic spot among tourists. The city is a metropolis built on hills, which was used only by marine explorers, but is now one of the most famous tourist destinations. It is worth visiting in the middle of the sea, the incredible museum, the beautiful palace, and the many temples. If you have been interested in history or if you feel like knowing the history of Kerala, the Kuthrimalaka Palace and the Napier Museum are for you. The Kuthiramika Palace has been stored in prized paintings, traditional furniture and other belongings of the royal family. And the museum is located close to the Padmanabhaswamy temple. The Napier Museum has already done its home in the minds of tourists, which is because one of the most visited places in Trivandrum is the Napier Museum. In this museum, you will find many elements related to history, such as ivory, ancient jewellery, wood carving, which is a rare in modern times, it is all stored here.

It is the first mosque in the country and not only Muslims but also people of other religions come to the teachings of their children. It is in Kodangalur, a town about 30 kms away from Kochi in Kerala and it feels like a temple in view. It also has a small museum

It is in Kozhikode district of Kerala and is one of the oldest mosques in the city. It is characterized by the hinges on four pillars of wood. In 1510 the Portuguese burned part of it and that burnt part is still left

Kumarakom is a very and very well-lit tourist destination. It is a small and beautiful city situated on the banks of the Vembad Lake. This place was first famous for rubber plantation, but now it has evolved into a bird sanctuary. Along with Allepi, Kumarakom is also a sniffer water area and that is why it is one of the most famous tourist destinations. You must enjoy the houseboat journey from Allepi to Kumarakom. The main tourist attraction is the snake-boat race here, which you will have to visit in August and September to see.

Alleppey is known for his backwaters and houseboats. It is a tourist destination where tourists must come. When you book a houseboat, your welcome staff welcome you by giving you coconut water by wearing a wreath of flowers. And this way of welcoming is the charm of tourists. The houseboat's journey is one day. Alleppey was addressed by "Lord Curzon" in the name of "Venice of the East." Also, don't forget to go to the Place of Ambalpuksha Shri Krishna Mandir, Krishnapuram Palace, Marari Beach, church, etc.

Kumar Quorum with lush green surroundings is an attractive backwater tourist destination and a small and beautiful town of The Quiet Kumarakom Kerala situated on the banks of Vembanad Lake. Surrounded by rich flora, paddy fields, long lazy boats and miles of solitude and tranquiltity Kumarakom was previously known for rubber plantation but now this place has evolved into a bird sanctuary. Here, the Shiva Temple in Likkotta, Jama Masjid Tazthangad, St. Mary's Church, Research on Kumarakom Bird, Cherapalli and Vaikom Mahadeva Temple are some of the famous temples which are a better place to visit.