Chaitra Navratri 2019 Special: Visit The Famous temples of Delhi in this Navratri

Navaratri has started and Delhi likes to worship with great reverence and devotion. Not so much in the temples of Delhi Navaratri is celebrated with great fanfare. In the days of Navratri the splendor of the temple looks different. Some temples of Delhi are such that where devotees come from distant places only a few days ago and some days ago like Kalka ji temple Jhandevala temple etc. if you too are in Delhi If you live or have come to Delhi then you should definitely go for these five temples in Delhi. Today we have to tell you what is the famous temple of Durga in Delhi and how you reach there. Only those whose eyesight will fulfill your every wish.

Chaitra Navaratri is going to start from 6th April this year and Navami date is on 14th April as we know that in the days of Navratri there is a rule of worship of nine forms of Durga in different days. Mother Durga is known by many names. India has millions of temples of mother in India. Who have their own recognition. Everyone gets out of sight for their time. If you do not have time you can go out of Delhi to visit Durga. So tell you that there are many Famous temples of Durga in Delhi itself. Only those whose eyesight will fulfill your every wish.

Near the Gurgaon-Mehrauli Marg and the Chhatarpur Temple in south Delhi also called Katyayani Shaktipeeth Temple. These are considered second in the largest temples of Delhi. This temple was established in 1974 and not only is it the second largest temple complex of India in the days of Navaratri various programs are organized here.

You can also use the Delhi Metro to go here. The Chhatarpur station is located in the metro which leads from Yellow Line to Hooda City Center. Explain that this temple is made of white marble and its decoration is very attractive. This temple built in South Indian style is spread over a vast area. Here are beautiful lawns and gardens that look very attractive in appearance. 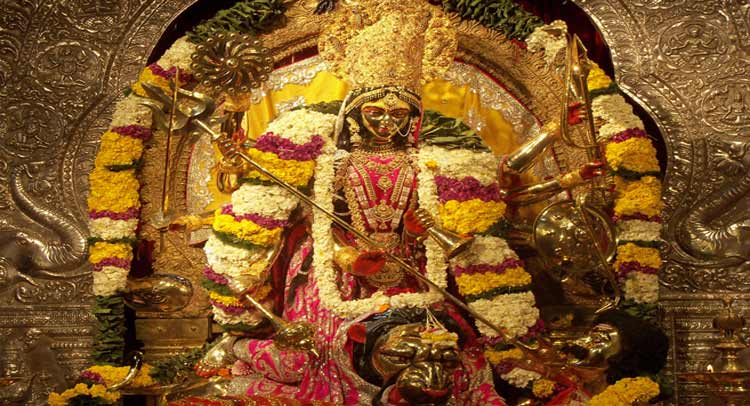 The ancient temple of Kalakaji Temple in south Delhi. The recognition of the idol of the black mother in this temple is so much that people come from far away to visit here and this is one of the Sadhakitas of Mata Durga. This temple is in the Kalka ji area of ​​Delhi. situated at. The best part is that you can go directly from the Metro.

Famous Temple of Mother Kali Those considered to be the form of Mata Durga. In this temple made of black and white stones no special architecture has been used in the temple

Kalka is the second name of Kali. This temple is also called the Jayanti Peeth and Manokamna Siddha Peeth. The existence of this back has been preserved since time immemorial and in every period the appearance of this place has changed. It is believed that the black mother was incarnated for the destruction of the asuras.

Since then it is known as Manokamna Siddhapith. The present temple was established by his supreme devotee Baba Balak Nath. 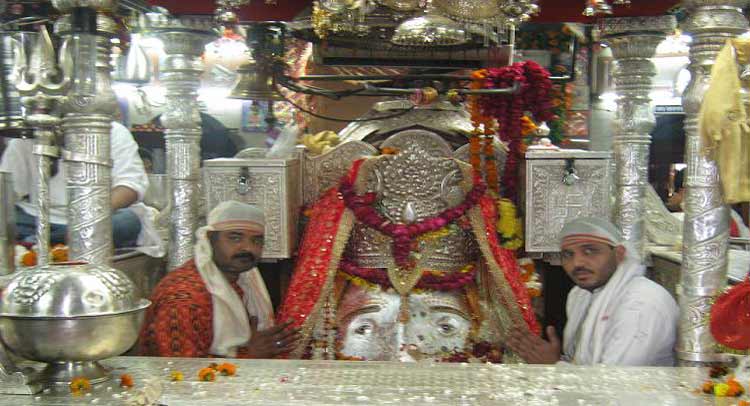 This temple is dedicated to flanked mother. This temple is very famous and symbol of Goddess Shakti. This temple was named after the reign of Shah Jahan when Shah Jahan presented the flag to Goddess in the form of prayer. There is a crowd of devotees throughout the temple in the temple here on the occasion of Navaratri the special worship of the mother is done.

This temple is located in Jhandewalan Road Karol Bagh Delhi India where the metro goes straight to the flank even if there is no problem going.

The Jhandewala Devi Temple in Central Delhi has its own historical significance. The place where this temple is located at this time was earlier a series in the Aravali mountain ranges. It is believed that the beauty of this place was often found here for Sadhana.

Some people believe that a businessman named Badri Das was one day merchant was absorbed in cultivation so he thought that there is a temple which is buried in the mountains. The trader then decided to dig the land and during the excavation the trader found a flag he had found in some relics of the temple here in the Miles residues after which the name was kept flanked. 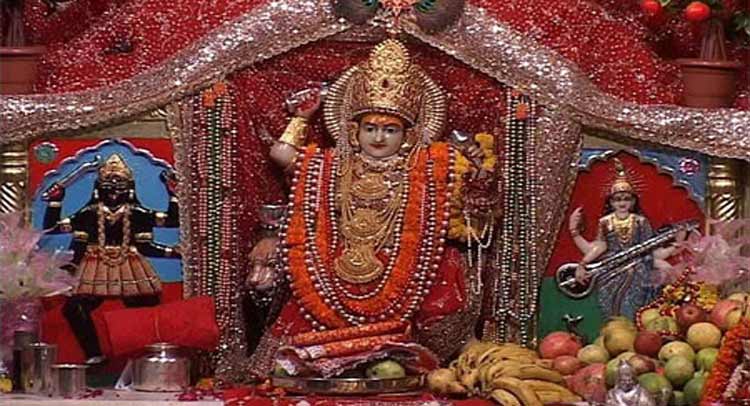 The name of the Shitla temple situated in Gururgram is named on the goddess Muthi Sheetla Devi a famous Hindu goddess where he had taught Pandavas and Kauravas written in the Mahabharata.

In Shitalla temple there are devotees from all over the country but more number is from Haryana Uttar Pradesh Delhi and Rajasthan. A large number of pilgrims come to the temple of Shitala Mata in Navaratri. Here is a two-month fair every year

Here devotees do not have the right to touch the idol here. Philosophy and flowers are offered from a distance. According to the Skanda Purana they can also be called the goddess of cleanliness.

Not only this but also in the Puranas there is mention of Shitala Mata. In Skanda Purana the vehicle of Sheetla Devi has been described as Garandbhav. They hold karanas soup marjan (broom) and neem leaves in their hands. They have been described as the Goddess of many diseases like chickenpox. Sheetla-Mithila Sheetla has been shown only on the girth in the temples.

Yogamaya Temple located near Qutub Minar in Mehrauli can be considered the oldest temple in the capital say this five thousand year old temple is very beautiful in Navaratri's day. It is also known as Yogamaya Temple.

The Yogamaya temple is located on there which is the first Urban Settlement of the capital. What is called all old Delhi it is very new. It is also recognized that Lord Krishna worshiped here. Yogamaya was the elder sister of Lord Krishna 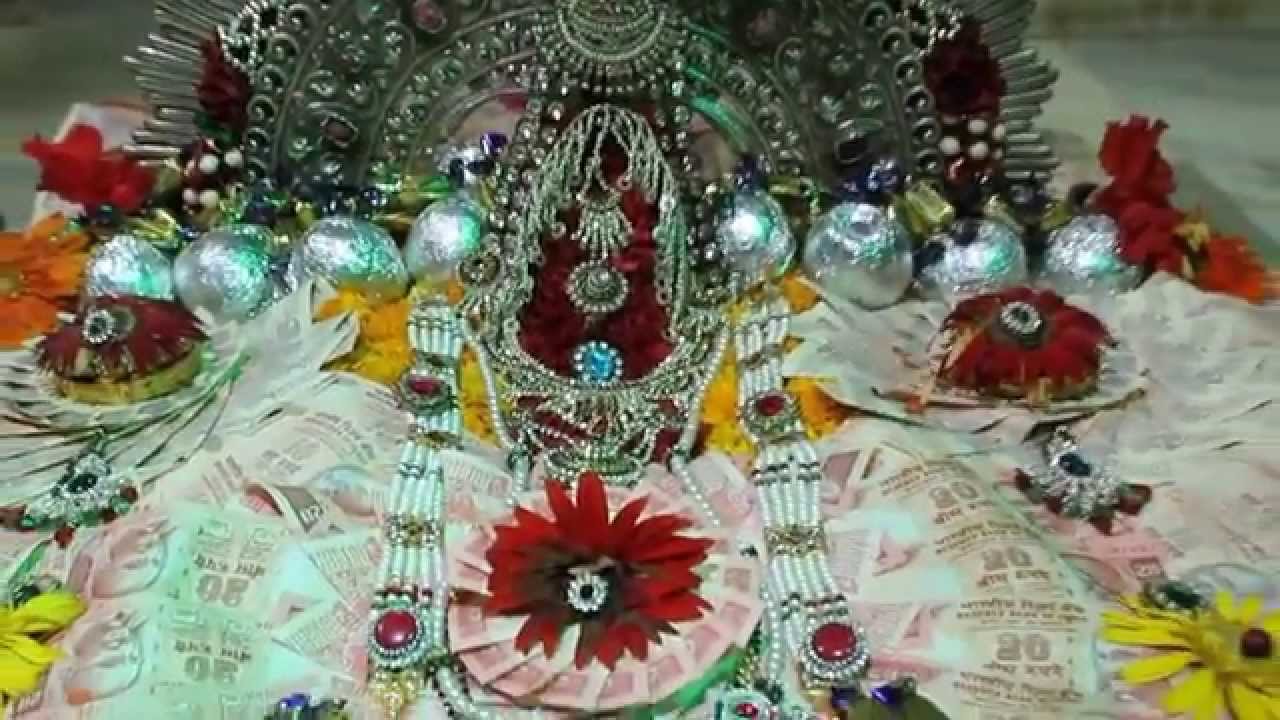 The cave temple in Preet Vihar Delhi is about 22 years old. It is also known as the name of the Gigantic Cave. The structure of this temple is exactly like the Vaishno temple as if you were like the hill station of Jummu like the Mother Vaishno Devi temple you will feel the same way if you go here. There is a small cave in this temple. Where there are statues of three Goddesses including Chintpuri Jwala Devi and Katyayani Mata. The main attraction of this temple is the huge statue of Lord Ganesha and Hanuman ji 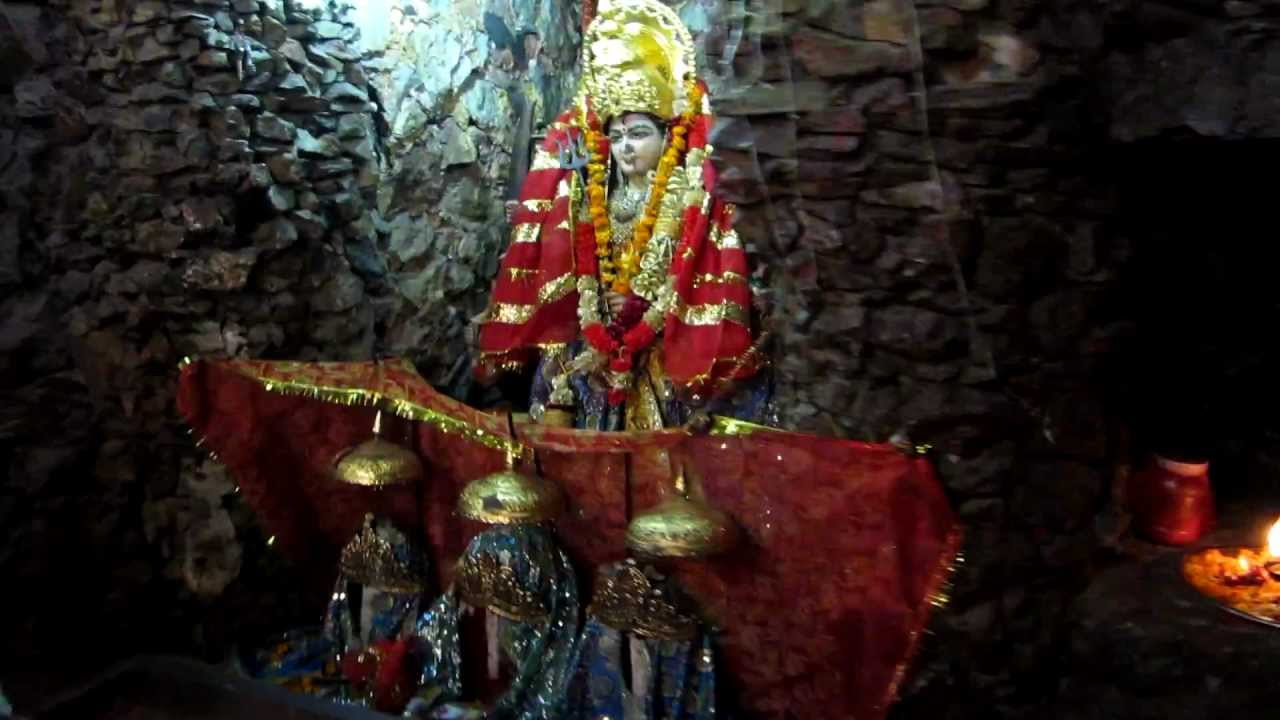