Pinjore has developed not only in natural beauty but also in religious myths. Bhima DeviTempleand Pandava Temple; There are notable places to see statues of gods and goddesses, traces of flowers and animal figures. Pinjore is not only an ancient historical place but also has religious significance. The ruins of the Bhima Devi temple display four-armed Shiva, the giant head of Bhairava and the motifs of Ganesha and Shakti.

Mughal Gardens, Yadavindra Gardens, the most attractive attraction of Pinjore Valley is the majesticMughalGardens. Thisgardenhas awesome palaces likeRang Mahaland Sheesh Mahal. This garden has awesome palaces like Rang-Mahal and Sheesh Mahal. Morni Hills is situated on the hill opposite Pinjore Valley, the hills carved out of pockets of cedar trees look green and blue. Panchkula is 4 km from Chandigarh. This model city has many attractions such as Topri Park, Cactus, Vatika Parkland against the backdrop of good roads and the Shivalik Hills of the houses. Ambala was a British cantonment. It is a city of scientific instruments, it is about 60 km from Pinjore.

Why Go To Pinjore

Punjab, which is called the smiling soul of India, is also a state with cities of gardens and forts. The palatial palaces of Punjab extend the beauty of sloping farms and grand temples. Sheesh Mahal is also a very beautiful palace in Patiala. Which shows the grand lifestyle of the then kings. It was built during the reign of Maharaja Naren Singh. The Garden, Fountain Eyre attracts the heart of the artificial lake tourists here. 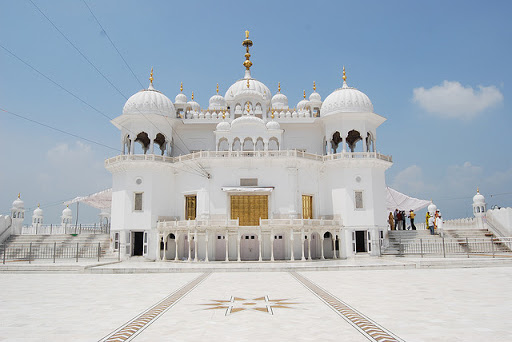 Ambala district is bordered by Yamunanagar, Srimour, Panchkula, Mohali, Patiala and Kurukshetra districts. Ambala city is situated between Ghaggar and Rivers. The city is divided into two parts: Ambala Cantonment and Ambala City. The city was one of the first cantonments established by the British. It was an important airport of the British. It is also known as the "City of Scientific Instruments" due to the presence of science market. The city is best known for its textile market. Handlooms, silk and cotton clothes are available in the wholesale markets of Ambala.